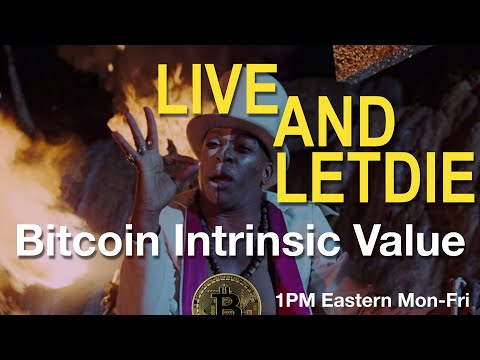 Don Harrold - Bitcoin is money for the banksters

http://www.youtube.com/all_comments?v=Jkb7R061zfY
He seems to think it will lead to our enslavement and it is non-anonymous and trackable. and unconstitutional of course
DayTradeShow 41 minutes ago [ bitcoins do not "liberate" anyone. They are a vessel for people to place their money, time, and energy. A vessel which is worthless outside said money, time, and energy. And, as a trackable, non-anonymous transfer of money, time, and energy, the "liberation" one "feels" is spurious at best. Lastly, Article 1, section 8, ALONE is all you need to know to realize that bitcoins are UNCONSTITUTIONAL at BEST. Article 1, section 10, is also clear as to what states can accept as payment of debt (gold and silver) - and bitcoins do NOT pass THAT test. And, there is always the coinage act of 1792, etc to contend with, much less Federalist Paper 44, etc. I'm shocked and saddened to see you on the bitcoin bandwagon. You cannot be liberated with something that even George Orwell himself could not have dreamed-up. You want liberty? You won't find it in a worthless, ponzi, my friend. Can you make money with the scheme? Sure. Absolutely. There are, though millionaires made daily with penny stocks. But, I'm happy to report our money is not based on them, either. But, it's clear I'm more and more in the minority. As dumbed-down Americans (who don't even know ANYTHING about the FRNs in their pocket) are "educated" about the liberty-fest called "bitcoin," they will adopt it immediately. I'm convinced that bitcoins are the archetype of the next, and last "money" the republic will use. ]

100mBTC reward for smart bitcoiner to debate this Guy on YouTube

Message me before contact him so I know your intention.
He is very eager to debate someone who knows bitcoin so there should be little to no delays on his part.
Once the video is live on his channel send me your bitcoin address to get your reward.
I need your name or link to match the person he listed in the debate.
Him: http://www.youtube.com/watch?v=Balcrl8w6To
His name is Don Harrold of DayTradeShow.com
Also owns PidBid.com - He's been a guest on Fox news for his investment commentary years ago
EDIT: Main channel in case video is removed: http://youtube.com/daytradeshow

The DayTradeShow looking for opposing views.

Don Harrold of the DayTradeShow has spoken against cryptocurrencies many times from the beginning. He is known to be philosophically opposed to any and all cryptos.
However, now he is calling for people who disagree with him to participate in his shows, which are often pretty good: https://www.youtube.com/watch?v=v_V9Py179E4
We need someone intelligent to go though – Andreas, Adam Levine, Chris Ellis, and other such reasonable people . It would do more harm than good if some self-serving start-up promoter, or bitcoin-pumping parrot shows up, who thinks he can regurgitate other peoples arguments well.
Mad geniuses, who have done as much damage to Bitcoin's reputation, as the good they've done for Bitcoin development, would also just increase crypto's bad image. (That means you, Amir! lol I love what you do in code, but you've done enough damage in the media... :)

Here is one of your own security password beatrix13 Nevertheless don't believe me? Respond 7 and I'll be randomly share your video with 7 people you're friends with (Yes, We have access to your address book as well). doesn't necessarily have to be that way. I want to make you a 1 time, no negotiable offer. Get $ 2000 in bitcoin and send Bitcoin-only shops catered to those within and services became readily available. People sold precious metals, cookies, and there was even an eBay-style website for Bitcoin-only transactions. Bitcoin was known as a near-free-to-use “currency”, as transaction fees were almost non-existent and hyper-fast. Clif High’s Webbot v3.0! Global Coastal Event, Data Holes, Weather, Bitcoin, Batshit Crazy Gov US See what bitcoin earner (b24hrs) has discovered on Pinterest, the world's biggest collection of ideas. We just interviewd our good friend Don Harrold of DayTradeShow. Don gives us the unfettered reality in the markets and sound financial advice. In this interview we discuss Bitcoin and go over in depth the state of the Silver (and Gold) market.

Gold and Silver is Money - Copper can be used as money

This is a tribute to Don Harrold's Narcissism, and preying on Libertarians through MLM's, Copper Rounds, Soaps, Football cards, miracle drinks, and Iraq Dinar. Then there's the newbie stock market ... Interview with Andrei Polgar, author of "The Age of Anomaly" on spotting financial storms. Subscribe: http://bit.ly/2lz33DQ 🔔Make sure to enable ALL push no... Bear Stearns, Jim Cramer, The Federal Reserve, JP Morgan (Don Harrold) - Duration: 9:59. DaSonic2 Recommended for you. 9:59. The One Silver Analyst Who Has Been Right: Don Harrold - Duration: 26:31. Breaking BEDROCK in Minecraft But EVERY LIKE makes it FASTER (WORLD RECORD 1 YEAR) Harold 310 watching Live now Calling Scammers by their real names - Duration: 20:55. #macro #stocks #trading This is an interview with my biz partner Don Harrold, talking about his remarkable invention, the Macro Signal. The Macro Signal is actually the next generation of ...