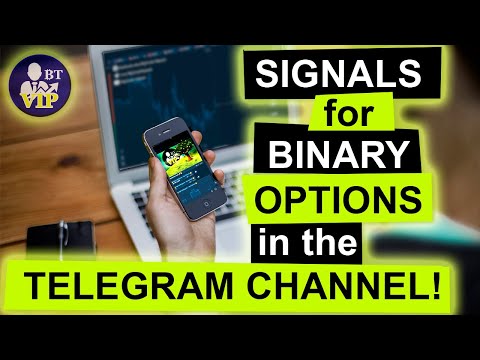 so this is kinda a wierd story. I was planning to restart my computer. (cant remember why) I spend most of my time watching youtube videos so i had alot of tabs open. So i was watching the videos then deleting the tab but not opening new tabs. So i was down 2 i think 1 it was a pretty long video so i tried to open a youtube home page tab just to look while i listened to the video. And this is a short exerp of what i got.
​
​
​

Comprehensive Guide for getting into Home Recording

I'm going to borrow from a few sources and do my best to make this cohesive, but this question comes up a lot. I thought we had a comprehensive guide, but it doesn't appear so. In the absence of this, I feel that a lot of you could use a simple place to go for some basics on recording. There are a couple of great resources online already on some drumming forums, but I don't think they will be around forever.
Some background on myself - I have been drumming a long time. During that time, home recording has gone from using a cassette deck to having a full blown studio at your finger tips. The technology in the last 15 years has gotten so good it really is incredible. When I was trying to decide what I wanted to do with my life, I decided to go to school for audio engineering in a world-class studio. During this time I had access to the studio and was able to assist with engineering on several projects. This was awesome, and I came out with a working knowledge of SIGNAL CHAIN, how audio works in the digital realm, how microphones work, studio design, etc. Can I answer your questions? Yes.
​


First up: Signal Chain! This is the basic building block of recording. Ever seen a "I have this plugged in but am getting no sound!" thread? Yeah, signal chain.


Next we can look at the different types of options to actually record your sound!

I've talked a lot about theory, hardware, signal chain, etc... but we need a way to interpret this data. First off what does a DAW do? Some refer to them as DAE's (Digital Audio Editors). You could call it a virtual mixing board , however that isn't entirely correct. DAWs allow you to record, control, mix and manipulate independant audio signals. You can change their volume, add effects, splice and dice tracks, combine recorded audio with MIDI-generated audio, record MIDI tracks and much much more. In the old days, when studios were based around large consoles, the actual audio needed to be recorded onto some kind of medium - analog tape. The audio signals passed through the boards, and were printed onto the tape, and the tape decks were used to play back the audio, and any cutting, overdubbing etc. had to be done physically on the tape. With a DAW, your audio is converted into 1's and 0's through the converters on your interface when you record, and so computers and their harddiscs have largely taken the place of reel-to-reel machines and analog tape.
Here is a list of commonly used DAWs in alphabetical order: ACID Pro Apple Logic Cakewalk SONAR Digital Performer FL (Fruity Loops) Studio (only versions 8 and higher can actually record Audio I believe) GarageBand PreSonus Studio One Pro Tools REAPER Propellerhead Reason (version 6 has combined Reason and Record into one software, so it now is a full audio DAW. Earlier versions of Reason are MIDI based and don't record audio) Propellerhead Record (see above) Steinberg Cubase Steinberg Nuendo
There are of course many more, but these are the main contenders. [Note that not all DAWs actually have audio recording capabilities (All the ones I listed do, because this thread is about audio recording), because many of them are designed for applications like MIDI composing, looping, etc. Some are relatively new, others have been around for a while, and have undergone many updates and transformations. Most have different versions, that cater to different types of recording communities, such as home recording/consumer or professional.
That's a whole lot of choices. You have to do a lot of research to understand what each one offers, what limitations they may have etc... Logic, Garageband and Digital Performer for instance are Mac-only. ACID Pro, FL Studio and SONAR will only run on Windows machines. Garageband is free and is even pre-installed on every Mac computer. Most other DAWs cost something.
Reaper is a standout. A non-commercial license only costs $60. Other DAWs often come bundled with interfaces, such as ProTools MP with M-Audio interfaces, Steinberg Cubase LE with Lexicon Interfaces, Studio One with Presonus Interfaces etc. Reaper is a full function, professional, affordable DAW with a tremendous community behind it. It's my recommendation for everyone, and comes with a free trial. It is universally compatible and not hardware-bound.
You of course don't have to purchase a bundle. Your research might yield that a particular interface will suit your needs well, but the software that the same company offers or even bundles isn't that hot. As a consumer you have a plethora of software and hardware manufacturers competing for your business and there is no shortage of choice. One thing to think about though is compatability and customer support. With some exceptions, technically you can run most DAWs with most interfaces. But again, don't just assume this, do your research! Also, some DAWs will run smoother on certain interfaces, and might experience problems on others. It's not a bad thing to assume that if you purchase the software and hardware from the same company, they're at least somewhat optimized for eachother. In fact, ProTools, until recently would only run on Digidesign (now AVID) and M-Audio interfaces. While many folks didn't like being limited to their hardware choices to run ProTools, a lot of users didn't mind, because I think that at least in part it made ProTools run smoother for everyone, and if you did have a problem, you only had to call up one company. There are many documented cases where consumers with software and hardware from different companies get the runaround:
Software Company X: "It's a hardware issue, call Hardware Company Z". Hardware Company Z: "It's a software issue, call Software Company X".
Another thing to research is the different versions of softwares. Many of them have different versions at different pricepoints, such as entry-level or student versions all the way up to versions catering to the pros. Cheaper versions come with limitations, whether it be a maximum number of audio tracks you can run simultaneously, plug-ins available or supported Plug-In formats and lack of other features that the upper versions have. Some Pro versions might require you to run certain kinds of hardware. I don't have time nor the will to do research on individual DAW's, so if any of you want to make a comparison of different versions of a specific DAW, be my guest! In the end, like I keep stressing - we each have to do our own research.
A big thing about the DAW that it is important to note is this: Your signal chain is your DAW. It is the digital representation of that chain and it is important to understand it in order to properly use that DAW. It is how you route the signal from one spot to another, how you move it through a sidechain compressor or bus the drums into the main fader. It is a digital representation of a large-format recording console, and if you don't understand how the signal gets from the sound source to your monitor (speaker), you're going to have a bad time.


Playback - Monitors are not just for looking at!

I've mentioned monitors several times and wanted to touch on these quickly: Monitors are whatever you are using to listen to the sound. These can be headphones, powered speakers, unpowered speakers, etc. The key thing here is that they are accurate. You want a good depth of field, you want as wide a frequency response as you can get, and you want NEARFIELD monitors. Unless you are working with a space that can put the monitor 8' away from you, 6" is really the biggest speaker size you need. At that point, nearfield monitors will reproduce the audio frequency range faithfully for you. There are many options here, closed back headphones, open back headphones, studio monitors powered, and unpowered (require a separate poweramp to drive the monitor). For headphones, I recommend AKG K271, K872, Sennheiser HD280 Pro, etc. There are many options, but if mixing on headphones I recommend spending some good money on a set. For Powered Monitors, there's really only one choice I recommend: Kali Audio LP-6 monitors. They are, dollar for dollar, the best monitors you can buy for a home studio, period. These things contend with Genelecs and cost a quarter of the price. Yes, they still cost a bit, but if you're going to invest, invest wisely. I don't recommend unpowered monitors, as if you skimp on the poweramp they lose all the advantages you gain with monitors. Just get the powered monitors if you are opting for not headphones.


Drum Mic'ing Guide, I'm not going to re-create the wheel.

​
That's all for now, this has taken some time to put together (a couple hourse now). I can answer other questions as they pop up. I used a few sources for the information, most notably some well-put together sections on the Pearl Drummers Forum in the recording section. I know a couple of the users are no longer active there, but if you see this and think "Hey, he ripped me off!", you're right, and thanks for allowing me to rip you off!
​
A couple other tips that I've come across for home recording:
You need to manage your gain/levels when recording. Digital is NOT analog! What does this mean? You should be PEAKING (the loudest the signal gets) around -12dB to -15dB on your meters. Any hotter than that and you are overdriving your digital signal processors.
What sound level should my master bus be at for Youtube?
Bass Traps 101
Sound Proofing 101

With the end of November in sight, it’s time to check out MAME 0.216! We’ve addressed the reported issues with last month’s bgfx update, and made a whole lot of little improvements to MAME’s internal user interface. In particular, setting up controls should be easier, and several issues affecting macOS users with non-English number format settings have been fixed. Some of the issues caused bad settings to be written to INI files. If you still don’t see the filter list panel on the system selection menu, try removing the ui.ini file.
This month, we’re able to present two unreleased 1970s prototypes from Italian developer Model Racing: their internal code names are Cane and Orbite. With the assistance of former Model Racing employees, the source code was extracted from the original disks. These games are incomplete, but they provide a unique look into early CPU-based arcade development. Game & Watch titles continue to be emulated, with the addition of Mario The Juggler, and the panorama screen Mickey Mouse and Donkey Kong Circus games in this release.
This release brings GameKing emulation to MAME. The system-on-a-chip used in this low-cost, low-resolution hand-held console from the early 2000s has been identified and emulated. Games for the colour-screen GameKing III are also playable. Acorn BBC Micro emulation has been re-worked to support internal expansion boards, and a number of additional peripherals are now available. ZX Spectrum emulation has been enhanced with better open bus read behaviour and support for two Miles Gordon Technology peripherals.
Of course, these are just the highlights. You can get the source and Windows binary packages from the download page.

✅ SIGNALS for BINARY OPTIONS in the TELEGRAM channel! How my VIP-Сhannel works?