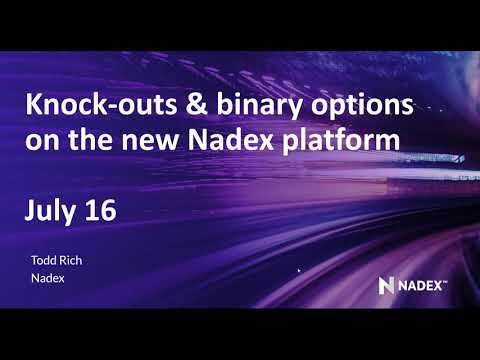 Virtual Reality: Where it is and where it's going

VR is not what a lot of people think it is. It's not comparable to racing wheels, Kinect, or 3DTVs. It offers a shift that the game industry hasn't had before; a first of it's kind. I'm going to outline what VR is like today in despite of the many misconceptions around it and what it will be like as it grows. What people find to be insurmountable problems are often solvable.
What is VR in 2020?
Something far more versatile and far-reaching than people comprehend. All game genres and camera perspectives work, so you're still able to access the types of games you've always enjoyed. It is often thought that VR is a 1st person medium and that's all it can do, but 3rd person and top-down VR games are a thing and in various cases are highly praised. Astro Bot, a 3rd person platformer, was the highest rated VR game before Half-Life: Alyx.
Lets crush some misconceptions of 2020 VR:
So what are the problems with VR in 2020?
Despite these downsides, VR still offers something truly special. What it enables is not just a more immersive way to game, but new ways to feel, to experience stories, to cooperate or fight against other players, and a plethora of new ways to interact which is the beating heart of gaming as a medium.
To give some examples, Boneworks is a game that has experimental full body physics and the amount of extra agency it provides is staggering. When you can actually manipulate physics on a level this intimately where you are able to directly control and manipulate things in a way that traditional gaming simply can't allow, it opens up a whole new avenue of gameplay and game design.
Things aren't based on a series of state machines anymore. "Is the player pressing the action button to climb this ladder or not?" "Is the player pressing the aim button to aim down the sights or not?"
These aren't binary choices in VR. Everything is freeform and you can basically be in any number of states at a given time. Instead of climbing a ladder with an animation lock, you can grab on with one hand while aiming with the other, or if it's physically modelled, you could find a way to pick it up and plant it on a pipe sticking out of the ground to make your own makeshift trap where you spin it around as it pivots on top of the pipe, knocking anything away that comes close by. That's the power of physics in VR. You do things you think of in the same vain as reality instead of thinking inside the set limitations of the designers. Even MGSV has it's limitations with the freedom it provides, but that expands exponentially with 6DoF VR input and physics.
I talked about how VR could make you feel things. A character or person that gets close to you in VR is going to invade your literal personal space. Heights are possibly going to start feeling like you are biologically in danger. The idea of tight spaces in say, a horror game, can cause claustrophobia. The way you move or interact with things can give off subtle almost phantom-limb like feelings because of the overwhelming visual and audio stimulation that enables you to do things that you haven't experienced with your real body; an example being floating around in zero gravity in Lone Echo.
So it's not without it's share of problems, but it's an incredibly versatile gaming technology in 2020. It's also worth noting just how important it is as a non-gaming device as well, because there simply isn't a more suitably combative device against a world-wide pandemic than VR. Simply put, it's one of the most important devices you can get right now for that reason alone as you can socially connect with no distancing with face to face communication, travel and attend all sorts of events, and simply manage your mental and physical health in ways that the average person wishes so badly for right now.
Where VR is (probably) going to be in 5 years
You can expect a lot. A seismic shift that will make the VR of today feel like something very different. This is because the underlying technology is being reinvented with entirely custom tech that no longer relies on cell phone panels and lenses that have existed for decades.
That's enough to solve almost all the issues of the technology and make it a buy-in for the average gamer. In 5 years, we should really start to see the blending of reality and virtual reality and how close the two can feel
Where VR is (probably) going to be in 10 years
In short, as good as if not better than the base technology of Ready Player One which consists of a visor and gloves. Interestingly, RPO missed out on the merging of VR and AR which will play an important part of the future of HMDs as they will become more versatile, easier to multi-task with, and more engrained into daily life where physical isolation is only a user choice. Useful treadmills and/or treadmill shoes as well as haptic suits will likely become (and stay) enthusiast items that are incredible in their own right but due to the commitment, aren't applicable to the average person - in a way, just like RPO.
At this stage, VR is mainstream with loads of AAA content coming out yearly and providing gaming experiences that are incomprehensible to most people today.
Overall, the future of VR couldn't be brighter. It's absolutely here to stay, it's more incredible than people realize today, and it's only going to get exponentially better and more convenient in ways that people can't imagine.

I (15F) am so confused. I’ve overanalyzed my sexuality to the point where I don’t know what I desire anymore. Please help

[Song of the Depths] Chapter 11

[Balance Theory] Air Units: The problem with Binary Cards, and available options to help keep them in check

Minion Hordes, Balloons, Bats, you name it, every single air unit has pissed you off at some point. (Except maybe Skeleton Barrel since it can be countered with purely-ground responses, but you get the point.) Maybe it still does if you're one of those players stuck at 4/5K with shitty card levels. That darn Balloon getting a free fly to take your tower because you have nothing in hand for it, so you push opposite lane hard to tower trade, only to have Bats or a Minion Horde stop everything for 2/5 elixir...
Binary Cards are the most drastic form of potentially unfair mechanics in Clash Royale. No matter the level, no matter the DPS (unless it targets buildings), no matter how much HP they have, a Binary Card will kill any troop that doesn't hit them in return, period.
Now, I say "potentially." If your deck has 3 or 4 DPS counters to Binary Cards, you'll stand a normal fighting chance against them, and even if you have less than that, you always have your Crown Towers to pick them off in a pinch. Having Binary Card counters in your deck has become commonplace and the meta has adapted smoothly and with little trouble to deal with these Binary Cards. It always has.
However, things become a problem when the cards that counter Binary Cards... don't. Or at least, not nearly as effectively as they should.
There are certain situations where having the right counters still doesn't result in any meaningful success, effortlessly putting you in a situation where you just can't do anything to stop it no matter how many times it comes at you, such as Binary Cards under the effects of Rage/being Healed, or Binary Cards with a distraction unit in front of it (Elixir Golem Double Dragons Rage, anyone? No? Then how about half of 4K/5K Ladder decks?). In these situations, Binary Cards become immensely powerful and abuse the fact that they are Binary, which for the most part is never good for the game considering how one-sided these interactions are and how much it makes Clash Royale a game of "who can boost their Binary Cards the most in a match".
You ever wonder why so many people run max Wizard on Ladder? He stops all these Binary cards cold in their tracks in a split-second regardless of what effects they are influenced by, what tanks for them, what is behind them, or what damage spell is used on him! And he is the only one that can do it out of all 99 cards in the game! Hog Riders and Royal Giants can't kill him either, unlike Buildings, meaning you cannot bait him out as a response to let your Binary cards take the tower for free. You just can't. He is the only reliable counter to boosted Binary Cards.
Combo the status effect boosting of your Binary Cards with card level boosting of your Binary Cards and boom, you're going straight to 5K, no questions asked, leaving a trail of salty players in the process and tormenting others at 5K with a Binary strategy.
Binary Card boosting is a problem similar to Freeze Spell where it will carry you up ladder just because it breaks past most if not all and any defense. If boosting Binary Cards wasn't a thing, the game as a whole as well as the Binary Cards themselves would be in a much, much better position of balance, especially mid-ladder and beyond. "Yes or No" cards shouldn't have tools that can make it a "Yes or Yes" card.

Some situations are already being handled, such as the one where there is a tank in front of their air units. Spells slam everything all at once, leaving no chance for them to do much. Killing the tank is another option if you have a tank killer in your deck. Others can't be handled, such as card level BS. Some situations, however, can be handled and should be handled. Here are a few options that can be done to handle the rest of the situations:
(1) Nerf friendly status effect cards by making them unable to buff air units.
You heard me. Make cards like Balloon, Minion Horde, Baby Dragon, etc. unable to be Raged, Healed, or Cloned. Make Rage, Lumberjack, Clone, Battle Healer, and Heal Spirit completely unable to influence their own air units.
PROS:
CONS:
//////
(2) Nerf friendly status effect cards by making them give reduced buffs to air units.
A softer version of the first option. Instead of removing the ability to buff air units, it would simply buff them much less than ground units.
PROS:
CONS:
//////
(3) Introduce a Hard Counter to Binary Cards: Legendary Building Air Sweeper.
3 elixir building that does low Damage to Ground Units, Bonus Damage to Air Units, and has a special Bowler-like splash attack that knocks back all Air Units, but not any Ground Units.
PROS:
CONS:
//////
That's all I got so far. Any questions? (Will also answer tomorrow)

[Table] Asteroid Day AMA – We’re engineers and scientists working on a mission that could, one day, help save humankind from asteroid extinction. Ask us anything!