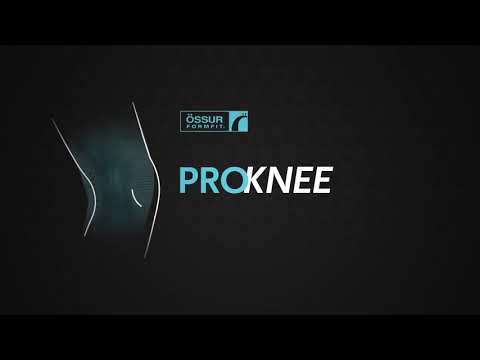 It's been a while since my last post, between a number of things going on, including getting away for a break. I'm back, and feeling much better for the rest.
I was up until 3am on Friday night responding to the UK government's call for information on digital currencies and drinking tea, wild party animal that I am.
First, though, lets talk code. Bitcoin Core 0.10 is being prepared, and I've been looking at how we bring its exciting changes into Dogecoin Core. The changes are fairly extensive, as would be expected, but hopefully we can do a release not too long after Bitcoin Core's own release. Biggest feature you'll notice in the Bitcoin update is blockchain syncing is now much faster (hours, not days, for initial sync), and doesn't get "stuck" as the current version is liable to, and that's a priority for merging into Dogecoin.
Secondly, I've finished adapting Toshi (Coinbase's in-house cryptocurrency node software) to support Dogecoin. The changes have been raised as a pull request for Coinbase to accept/reject, but for now they're still pending. Meanwhile the enthusiastic can find the software at https://github.com/rnicoll/toshi. It depends on changes to Bitcoin Ruby, and you'll need a copy of the current "master" trunk from https://github.com/lian/bitcoin-ruby/tree/master as it includes those.
Toshi support primarily offers an alternative for our high-activity service providers, using a relational database at its core instead of Berkley DB, which hopefully makes it easier to build across redundant infrastructure, as well as analyse the underlying data in case of any problems. The code still needs a lot more testing, so please dig in and tell me how you get on.
Back to the consultation; I'm waiting on final confirmation from others before these are sent back to the UK government, but the questions posed and their answers:

Digital currencies provide an opportunity to revolutionise payments, reducing infrastructure costs, encouraging marketplace competition, and eliminating risks. These advantages are wide-ranging in their impact, and while individuals have been the focus up to this point, this purely reflects current approaches rather than a limitation on the technology. Further, numerous new businesses are being formed to provide services based around digital currencies.


2. Should the government intervene to support the development and usage of digital currencies and related businesses and technologies in the UK, or maintain the status quo? If the government were to intervene, what action should it take?

The government should look at how it can use digital currencies to improve its own processes. For example accepting digital currencies for payment of taxes has potential to reduce costs in payment processing, while simultaneously simplifying adoption by enabling individuals and businesses to retain received digital currency and use it to directly pay costs.
Further, a focus on encouraging startups and other companies working with digital currencies would encourage the UK as a hub for innovative technology.


3. If the government were to regulate digital currencies, which types of digital currency should be covered? Should it create a bespoke regulatory regime, or regulate through an existing national, European or international regime? For each option: what are the advantages and disadvantages? What are the possible unintended consequences (for instance, creating a barrier to entry due to compliance costs)?

To date attempts to regulate digital currencies have suffered from a lack of clarity of goals, risks and rewards. Such attempts have been essentially knee-jerk, either attacking digital currencies or trying to collect vast amounts of information without clarity of intent or use-case.
The widespread use of misinformation to manipulate markets is a substantial problem in regards to digital currencies. The scope and pace at which such market manipulation occurs means that education is the most effective tool in limiting impact, however the existing regulatory environment with regards to investment advice should be used where applicable.
In a more general sense, any attempts to further regulate digital currencies should focus on existing regulation as a base, and should not be attempted without clearly defined benefits which exceed risks incurred.


4. Are there currently barriers to digital currency businesses setting up in the UK? If so, what are they?

For businesses focusing on novel services there is potentially a lack of readily available technical expertise. This is likely to be addressed by the market through specialised training. No other significant barriers are anticipated.
It should also be noted that innovation in digital currencies is not limited to businesses, and that many digital currencies are based on open source software which no formal company or organisation backing them.


5. What are the potential benefits of this distributed ledger technology? How significant are these benefits?

Theoretically any asset or entity which can be described in a digital format can be tracked via blockchain technology (tools such as “coloured coins” demonstrate this, although are very simplistic at the current time). This has scope for revolutionising activities such as share and commodity trading, property sales, and even licensing of digital assets such as music, video, etc.

Key risks to users are of three main types:
Many have lost substantial sums of money as a result of one or more of these. Most digital currencies stem from similar technology, and security risks are therefore typically uniform, however price instability as well as misinformation are more significant in the smaller currencies.

It would be beneficial for the government to assist with educating users on the nature of digital currencies. In the case of security, as the main example, many users trust digital currency as they might a bank account, while the reality is significantly closer to conventional cash. Those who would not consider keeping significant sums in their home or even on their person may well keep significant amounts of digital currencies on personal computers or mobile devices without understanding the risks in doing so.
Price instability is an artefact of speculation and limited adoption, and the market can be expected to address this itself in time.


8. One of the ways in which the government could take action to protect users is to regulate. Should the government regulate digital currencies to protect users? If so, should it create a bespoke regime, or regulate through an existing national, European or international regime? For each option: what are the advantages and disadvantages? What are possible unintended consequences (for instance, creating a barrier to entry due to compliance costs)? What other means could the government use to mitigate user detriment apart from regulation?

Regulation is unlikely to be an effective tool in this case, with education remaining a preferred option. Where absolutely required, regulation should be clear and concise, and if possible make use of the natural audit trails generated as an intrinsic component of most digital currencies.

The ease with which digital currencies enable money to be moved, and the challenges in tracing such payments, make it a natural target for scammers.


10. Should the government intervene to address these risks, or maintain the status quo? What are the outcomes of taking no action?

As suggested elsewhere, consumer education is likely to be the most effective tool available to the government, with the secondary benefit of probably being one of the cheapest.


11. If the government were to take action to address the risks of financial crime, should it introduce regulation, or use other powers? If the government were to introduce regulation, should it create a bespoke regime, or regulate through an existing national, European or international regime? For each option: what are the advantages and disadvantages? What are possible unintended consequences (for instance, creating a barrier to entry due to compliance costs)? What has been the impact of FinCEN’s decision in the USA on digital currencies?

FinCEN’s regulatory environment is particularly challenging due to the nature of the legislation across the various states, and that there is no simple conformance to all of these requirements. Within the scope of the UK only, this is unlikely to be a concern, however working with other EU governments to provide as few distinct regulatory environments as possible would ensure streamlining of compliance.


12. What difficulties could occur with digital currencies and financial sanctions?

Risks and challenges posed by digital currencies are substantially similar to those from conventional cash. The lack of physical medium does however present complications, conversely the permanent public audit trail provides opportunities for enabling enforcement.


13. What risks do digital currencies pose to monetary and financial stability? How significant are these risks?

In a scenario where mass adoption of digital currencies occurs, it could impact the ability for countries to manage their own currency. Given that currently use of digital currencies in in-person transactions is difficult, slow and provides little to no benefit compared to conventional cash, this is not considered a likely outcome.
 I'm expecting to finish discussions of these responses early next week, and will then submit them on behalf of Dogecoin.
Hope you're all having a good weekend.
Ross

Mati Greenspan, founder of the cryptocurrency-focused research firm Quantum Economics, noted in an email that the U.S. attack drove up prices for gold, traditionally seen as a safe-haven asset whose value is expected to hold in times of geopolitical or economic instability.. Many investors speculate that bitcoin bears similarities to gold, in terms of its perceived resistance to inflation. NEW YORK and GREENWICH, Conn., Feb. 27, 2018 /PRNewswire-PRWeb/ -- As science begins to unlock the powers of stem cells and growth factors – which can grow into any type of cells in your body The only way Bitcoin could be compromised is by someone figuring out how to break the encryption all financial institutions, Defense Agencies , and Corporations rely upon to protect themselves. Or someone can put the equivalent of more than 10 of the biggest super computers in the world to mining Bitcoins and thus approve with more than 51 On June 10th, the price of Bitcoin hit $6,700 USD, marking a 50% decrease from the beginning of 2018. Continued inflation of expectations, on the other hand, leads more rampant speculation and market instability. This has the potential to rouse the knee-jerk reactions from regulators, who in their efforts to protect investors, may create Over the last couple of years, Bitcoin has been flourishing in countries like Zimbabwe, Greece, Venezuela and India, where political instability tanked the local fiat system. “The coronavirus