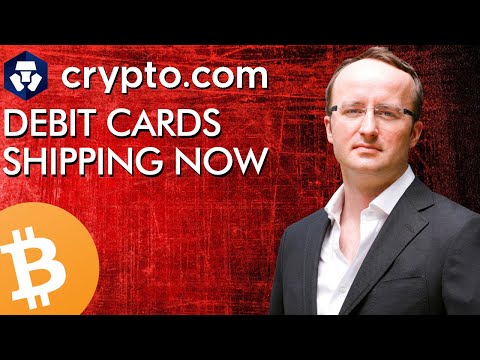 Background:
What is Clubhouse?
You know all those stories of people interrupting Zoom calls by spamming the link and getting in? What if that, as a business model. It is still in private beta, has only 1500 users and yet somehow venture capitalists have $12 million invested at a $100 milion dollar valuation in this.
What is Away?
Hardcover suitcases that cost $225 and above. Hipsters seem to like it. "The brand is more than just luggage. It’s about travel." It is treated like a tech company by VCs for some godforsaken reason (it has raised $100 million at a $1.4 billion valuation), and the CEO uses a lot of Lean In rhetoric (female led, inclusive etc.)
How New York Times?
The New York Times has hired a reporter, Taylor Lorenz, specifically for "Internet Culture" i.e. HobbyDrama reporting. (No, seriously, look at the stories she gets to write. For the NYT!)
Pre-Drama Events:
In December 2019, an elaborate investigation was posted by The Verge (not the NYT, important) about the toxic work culture at Away, with the CEO, Steph Corey, calling workers brain dead and firing someone based on chat in an internal private Slack channel called #Hot-Topics "filled with LGBTQ folks and people of color" (from article).
Korey stepped down as CEO in December, with another CEO to be selected. She came back as co-CEO in January because she 'should not have fallen on the sword.'
Course of the Drama:
June 30/July 1: On an Instagram AMA, returned co-CEO Korey answered a question about "women being targeted by the media" (I presume the AMA went in that direction) by talking about media having an incentive to clickbait in the social media era that and women (like her) were targeted because women are supposed to be motherly, ambitious women like Hillary are targeted by the media, some millennial women who work in the media forgo their ethics to advance their career because old media ethics are being eroded.
The Verge investigation was done by Zoë Schiffer, a “millennial woman.”
Incensed by this, Lorenz posts the IG pics on twitter (previous link from her) and speculates that this AMA exists because of a piece on the disgracing of the “girlboss” stereotype. To recap, neither the original story, nor the Atlantic op-ed were written by her.
Techbros start sharing the same pics of the AMA as a balanced perspective.
Until this point, #bothsides, let them fight, etc.
Enter Balaji Srinivasan. Here is a pompous bio.
He starts attacking Lorenz (again, not the writer of any of the stories). Lorenz says the guy has been obsessively attacking her for quite some time on Clubhouse gussied up public Webex calls (in tweets after the linked tweet).
Then anti-Lorenz sockpuppet accounts start being created to attack her.
An elaborate website is linked by the accounts, specifically to attack her. (Click the link, it is deranged as all hell.)
Taylor asks Ben Horowitz (of multi-billion dollar Andreessen Horowitz, where Balaji has worked before) to get him to stop. Gets blocked.
Then the Andreessen Horowitz batch have a conversation on Clubhouse Discord without texting with Lorenz. After Taylor leaves, (this part leaked to Vice, so you can go listen) Ben Horowitz’ wife, Felicia says that Taylor is playing the “woman card to defend herself.” Balaji implies that she may be “afraid of a brown man.”
And then the conversations ascend:


”the entire tech press was complicit in covering up the threat of COVID-19,”
relying on the press is “outsourcing your information supply chain to folks who are disaligned with you,”
”Media corporations are not the free press, any more than chain restaurants are food “
“why does press have a right to investigate private companies, let the market decide, I don’t understand who gives them that right” (Note: Probably from another conversation by some CEO)


Also something about Github, VC funding and Blockchains being a better model for journalism. (Bitconeeeect!!)
Then Vice reports on it.
Tech media rallies around Taylor [retweets on her twitter]. Glenn Greenwald pokes his nose and says otherwise, because Greenwald.
VCs support their own (along with MC Hammer?? because he’s also on Clubhouse the conference calls you join “for fun” app? So is Oprah???), with opinions like


I’ve never met a VC more powerful than a journalist. One can block me from accessing capital. The other has controlled the narrative / perception of my entire race for decades.


And other nuclear fucking takes retweeted by Felicia Horowitz
And Balaji?
When reached for comment, Balaji claims recording it was illegal (which, idk, haven’t seen the Terms of Service, only 1500 people can use Clubhouse the Twitch app, but you don’t have video and chat has audio)
And then he announces a $1000 bounty for memes and analysis of this event.
(paid in Bitcoin, obviously, this whole scenario is a damn meme)
This gets the creator of Ruby on Rails/Basecamp to defect to the media’s side
Aftermath? (This is a current story):
VCs (like Paul Graham) declare that the media hates them because they are losing power
Media Twitter decides VC Twitter is trying to reanimate the corpse of #GamerGate
Steph Korey, the instigator of this spiraling nonsense? Away says she has decided to step down (redux) because an employee revolt over her IG post.
(Recap: Away sells hardcases to hypebeasts. They are worth a billion because of VCs)
Balaji, rich VC guy, has memes on his timeline?
[Elon Musk has not weighed in yet, if you are curious]

Do you think cryptocurrency paved way to reemergence of privacy advocates?

Years ago, I kept hearing supposed security executives claim that privacy is dead. It was in one of those turntable style talks w/ old school security executives and the general public in which they answer basic questions like, "What keeps you up at night?". Nowadays, I am hearing more and more people talking about how privacy is going to become better than ever as a result of the ever growing cyberpunk movement and the standards that cryptos like Bitcoin have brought to the general public. You now see whistleblower sites and places like WikiLeaks having accepted BTC for donations. You see the same type of cryptographic hashing utilized in SHA256 PoW being used in many open and closed ended communication schemes. Even talks of post-Quantum encryption became more popular because of cryptocurrency. My question is do you think cryptocurrency is paving the way of a reemergence of modern day privacy advocates?

How Blockchain.com harms the cryptocurrency community

From Conspiracy to Fact: An analysis of the COVID-19 Pandemic, Information Control, and the New World Order (Appendix includes hundreds of citations) - PART 1

UPDATE: This article is now available as a printable PDF with embedded hyperlinks for navigation through sources. This link will be valid thru July 9: https://ufile.io/4mpkg4x6

It’s very unlikely Bitcoin fits this description because Bitcoin offers value as a form of money: using the proof-of-work concept, Bitcoin sufficiently solves the problem of reaching a consensus among a network of untrusted peers, allowing for funds to be quickly transferred to anyone on the planet without trusting a 3rd party. Bitcoin is the How to Invest in Bitcoin. Bitcoin (or BTC for short) is a digital currency and peer-to-peer payment system created by the pseudonymous software developer Satoshi Nakamoto. Though originally unknown to the general public, Bitcoin has... The Bitcoin wiki Vocabulary article explains why the Merkle root exists:. Every transaction has a hash associated with it. In a block, all of the transaction hashes in the block are themselves hashed (sometimes several times -- the exact process is complex), and the result is the Merkle root. Here are the answers to 11 questions about blockchain you probably feel too dumb to ask: 1. Is Blockchain Actually Secure? Whether it’s idle chit-chat at the dinner table or your Mom wanting to know why Bithumb lost $30 million if Bitcoin can’t be hacked, you’ve probably been asked more than once if blockchain is secure. Bitcoin is the first--and most successful--commercial implementation of blockchain technology, though there are about 3,000 other cryptocurrencies on the market.

Leave your weird, crazy hypotheticals in the comments. We'll feature them on the show. We've collected the Internet's dumbest questions over the last 7 years on our podcast KFC Radio and put ... Enjoy the videos and music you love, upload original content, and share it all with friends, family, and the world on YouTube. Everywhere you look, Bitcoin is in the news. But for a lot of people, it's still a total mystery. Let's take a look and talk about what it is and where it's going. A man outed by Gizmodo and Wired as the secret inventor of Bitcoin, Satoshi Nakamoto. A man widely accused of being a fraud, a liar and someone who exaggerates his achievements. A simple yet full explanation of how the Script language in Bitcoin works. Includes examples of the most commonly used locking scripts (and unlocking scripts...